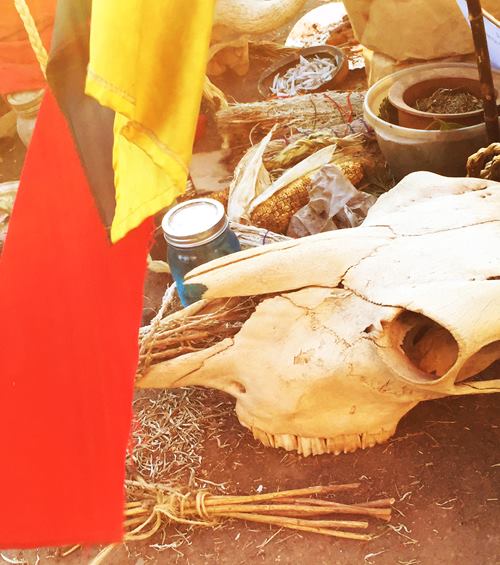 Writing and above photo by Barbara With

Today, Chief Arvol Looking Horse held a ceremony around the sacred fire. The purpose was to hear a report from the UN representatives who have been investigating the allegations of human rights abuses and to bless the belongings of the people who had been jailed.

The UN representative, only introduced as Roberto, announced that the result of their investigation is that a representative of the US Secretary of State’s office will be arriving in a few days and more investigations will ensue. She is also going to facilitate a meeting with the Standing Rock Sioux, Morton County Sheriff, and a representative from DAPL. This is guardedly optimistic news.

The Morton County Sheriff returned the possessions of those who were jailed. They were thrown into plastic bags marked with the numbers the prisoners had on their arms. Because possessions, especially clothing, hold the energy of the owner, it was important to bless and cleanse the belongings as if they were living beings.

Also all the possessions from the north Treaty Camp that were torn apart in last week’s attack were put into four storage crates that were being brought back to camp that night, including teepees and poles. They called for four volunteers with pick ups with trailers to go retrieve them after the ceremony. 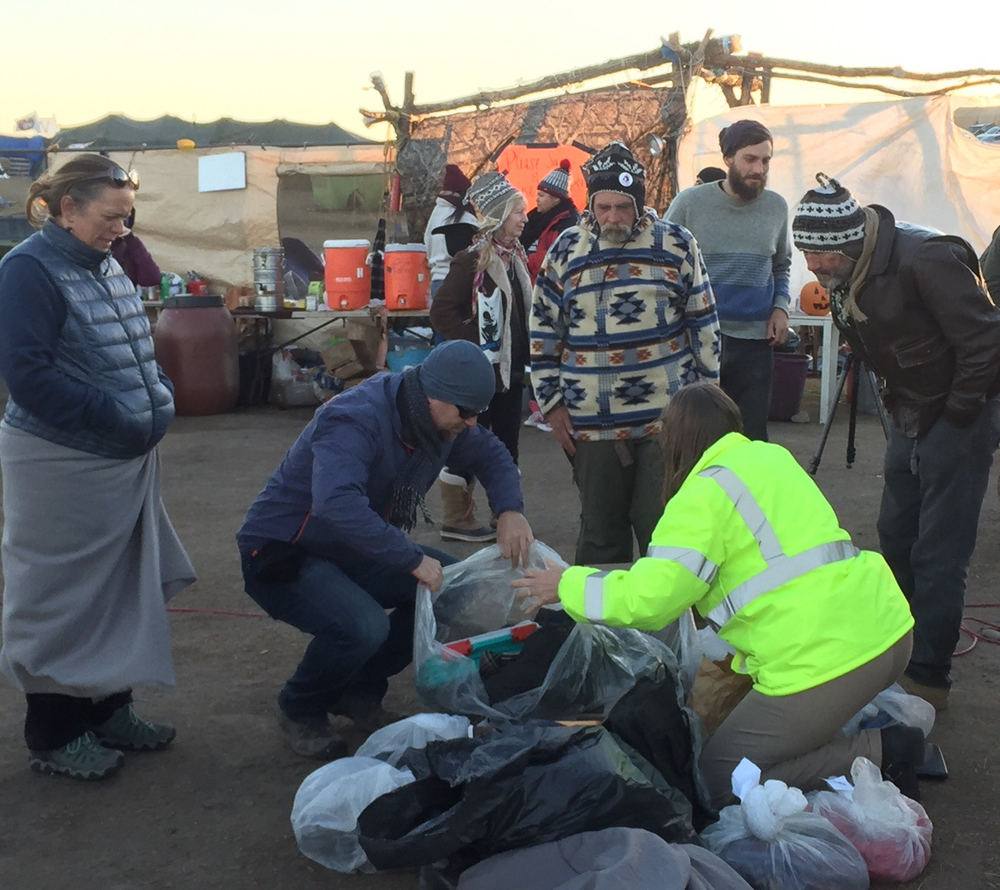 Chief Looking Horse introduced the Buffalo clan singers, who sang the song of the White Buffalo Calf woman. He then said a long, beautiful prayer in Lakota, while the drummers and singers sang a song about the four directions. We started facing west and slowly turned to all four directions as a young warrior was busy with sweet grass and sage, smudging the pile of plastic bags laid out like body bags with the sacred, cleansing healing smoke.

As we stood under the last afternoon sun, and the smell of the fire and the sage and the sweet grass filled the air, I was again transported deep into prayer. I felt so honored to be present in this ceremony. I may never experience anything like this again. How gracious and loving this was in the face of what had happened: giving thanks to the Morton County Sheriff for returning the possessions and sacred objects of the people they had just beaten, maced, hit with LRAD and microwaves, fired rubber bullets at, killed their horses, and caged like animals, all the while allowing DAPL to dig up the graves of their grandmothers and continue building the deadly black snake that will destroy the water. To me, it was hard to be thankful. How does one be peaceful and gracious in the face of all this?

As I stood there in prayer, I understood. In order for us to endure past what Chief Looking Horse called “the point of no return” we simply must learn such humility and grace. This is indeed the front line of the new world peace movement. It is Gandhi, Jesus, and Mother Teresa, all rolled into an ancient culture born of a deep love of Mother Earth, one that cherishes all life, including the animals, plants, and even possessions as equal and living beings. One that begins and ends each day with deep prayers of gratitude.

After the ceremony, I lingered at the sacred fire for a long time, in awe of everything I have seen over the past three days. As the sun set, there I sat on my last night with my little blue mason jar filled with Superior, on the altar of the front lines of the point of no return.