The following reflection is from Graeme Chesters, a Senior Lecturer in Peace Studies at the University of Bradford in the UK.  Graeme is a writer and activist who researches social movements and collective action, and has kept a keen eye on Wisconsin and our relationship with broader political developments in the United States.

Watching CNN’s coverage of the midterm elections was like watching a slow moving car crash, a constant and apparently deliberate attempt to raise my blood pressure, as the voting percentages eased slowly towards individual results, every percentage change dissected by a demographic lens.

The House elections are effectively a national poll and the numbers look familiar given the partisan divide. The Democrats lead the popular vote 51%-47% in the House and this shouldn’t be confused with the 57% to 42% vote split in favor of the Democrats in Senate races, which merely reflects the fact that more traditional Democrat seats were up for election: 42 of the 51 seats held by Republicans did not feature in these mid-terms. Still the Republicans made gains in the Senate in areas where support for Trump had been high two years ago and where he campaigned hard this cycle. He energizes his base and gets them out to vote, at the same time as he energizes those resisting his agenda. However, what is described as a high turnout is unlikely to top 47% nationally. Mobilizing support for the party of the incumbent has been a tricky thing to do for a sitting President in previous mid-term elections, particularly in the rural areas Trump relies upon. His rallies work and unsurprisingly we will see more of them, for electoral and narcissistic reasons.

Otherwise, things appear familiar; a 30 seat loss in the House of Representatives by Republicans would be broadly equivalent to losses suffered by George W Bush in 2006. The rural/urban divide appears set in stone, but Democrats are beginning to win back some of the outlying suburbs, mainly due to the votes of women who came out for Democrats over Republicans by as much as 21 points according to exit polls. The Democratic ‘Blue Wall’ in the Mid-West is being slowly rebuilt and the raft of Governorships that fell to the Democrats in Michigan, Illinois and Wisconsin will be important in this process, especially during the process of redistricting, but also because these changes will make a real difference in maintaining and expanding access to affordable health care, which was the Democratic campaign theme and the number one issue reported in exit polls. Similarly decisions to allow former felons to vote in Florida (1.4 million people) could be decisive in that state in the future, particularly given the perennial narrow margins that determine winning or losing there. 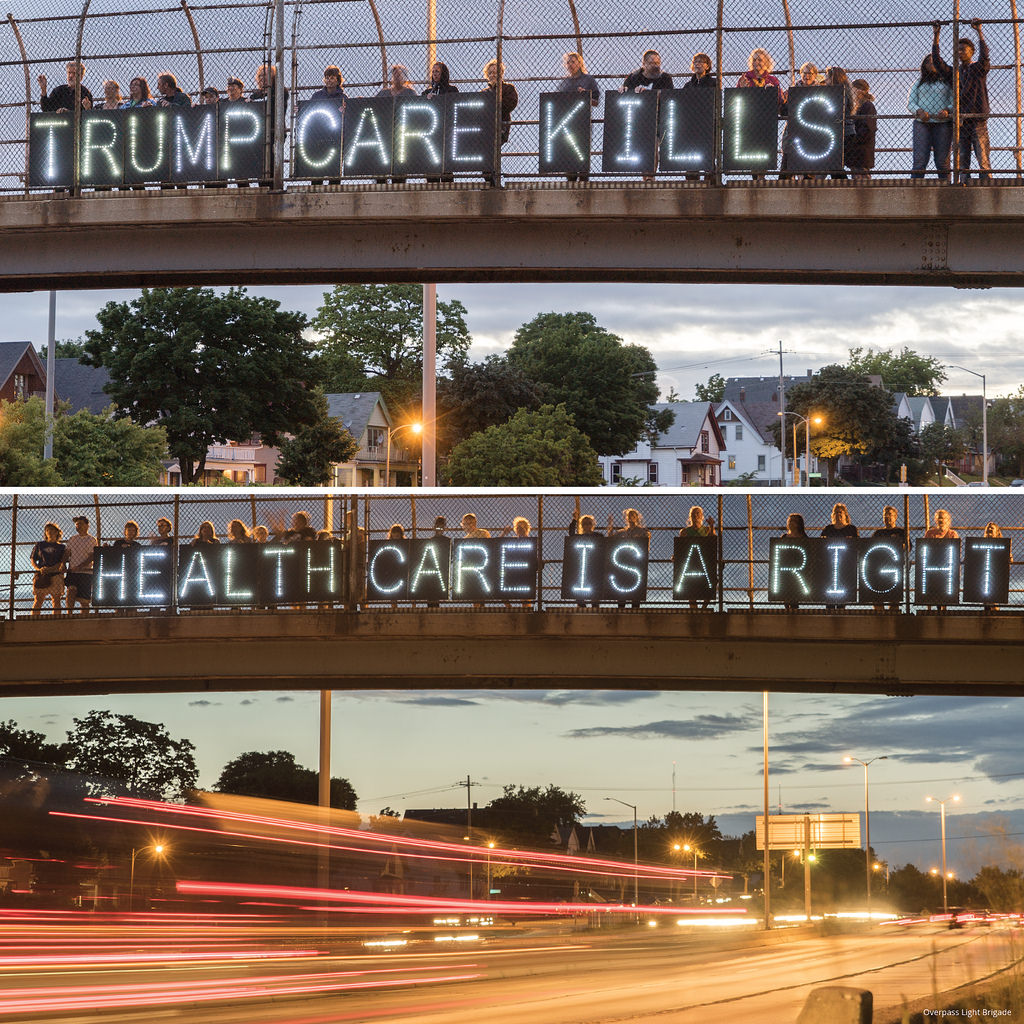 In the long term, changing demographics are likely to mire the Republican Party with reliance upon an increasingly older and whiter rural base, which in part explains the rise of Trump. But if, as yesterday, women, young people, Black, Latino and other minority ethnic voters turn increasingly towards the Democrats, and importantly this is matched by increased participation, there may be many more deep Red States that are turned a shade of purple, Texas being the prime example from last night. In the interim, it’s also encouraging to see more women than ever win seats in the House, the first Muslim and Native American Congresswomen, an openly gay Governor in Colorado and first time voters who overwhelmingly came out for progressive candidates.

The change to the composition of the House will also indicate how the the tensions over strategy amongst Democrats will play out. Now we will see whether or not the usual suspects amongst the House Democrats have the stomach for a fight, and if not, what the implications will be for the wider party given the popularity and mobilizing potential of those new to Congress, those who are emerging from amidst a democratic socialist tendency. If the situation were reversed, as of course it was under Obama’s administration, the Republicans would use every available means at their disposal to thwart a Democratic Presidency. However, there remains an espoused and centrist belief in the power of civility, the myth of the radical centre, which is rooted perhaps, in the fear of mounting a genuine challenge to common corporate interests, or perhaps simply an aversion to sustained conflict amongst longtime House Democrats. This has repeatedly been exploited by the Republicans, even before the brutalist strategies of the Trump Administration. 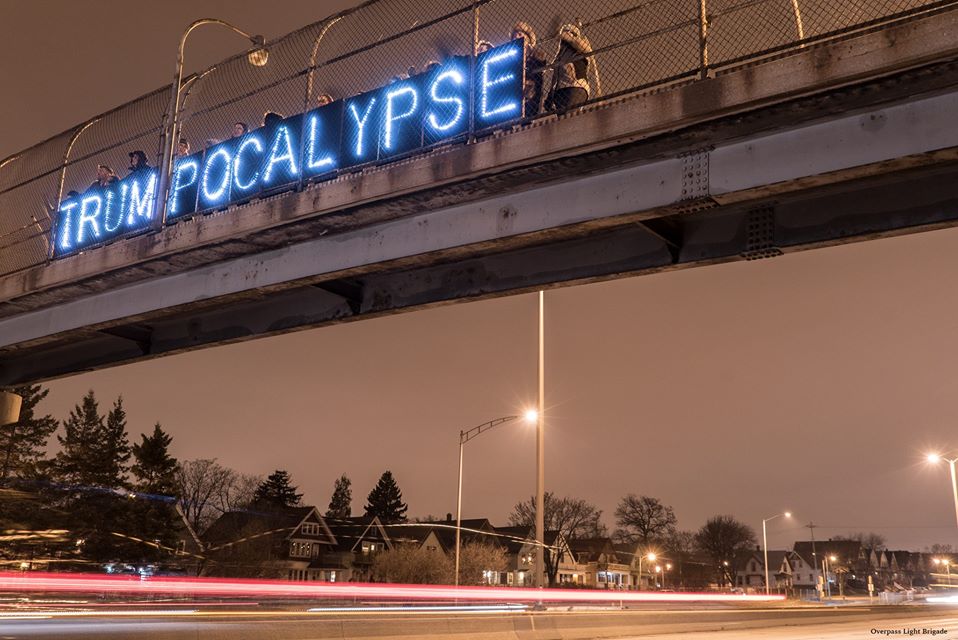 Tonight as Nancy Pelosi preached civility, Trump again labelled reporters ‘the enemy of the people’, castigated members of his own party for losing due to their lack of allegiance to his leadership, and fired the Attorney General. This form of power politics, rooted in the sociopathic inclinations of Trump, continues to surprise liberal strategists, who find their own belief in institutional order, protocols and practices is poor preparation for the bludgeon of a true bully in the bully-pulpit, one who is now moving to limit or dismantle the Special Council investigations.

If yesterday is to mark a turning point from the road to authoritarianism that Trump seems determined to take, and if the ‘resistance’ is to consolidate these gains in Congress, then House democrats will have to have the determination to fight hard, without fearing a backlash, or without using the fear of a backlash to cover their unwillingness to fight. It will also need continuing and sustained efforts outside of Congress, and an ongoing determination to stay in the streets, building on the examples of those who led the uprising in Wisconsin in 2011, but had to undertake a long and difficult eight year struggle to eventually oust Scott Walker, or the incredible organizing capacity of unions such as the Culinary Union 226 in Nevada which is 60,000 members strong and which played a decisive part in the one senate gain for the Democrats last night. 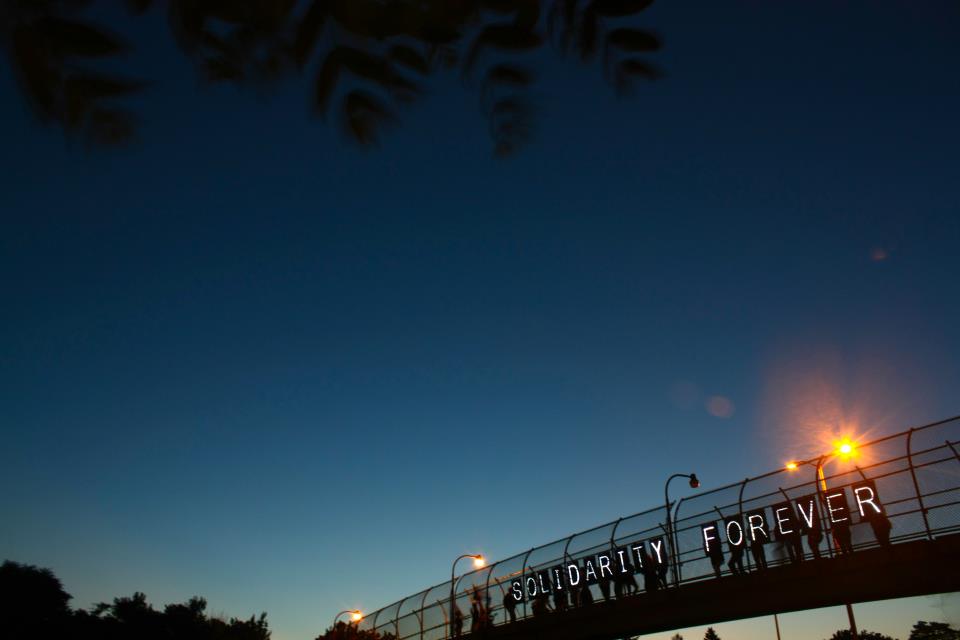