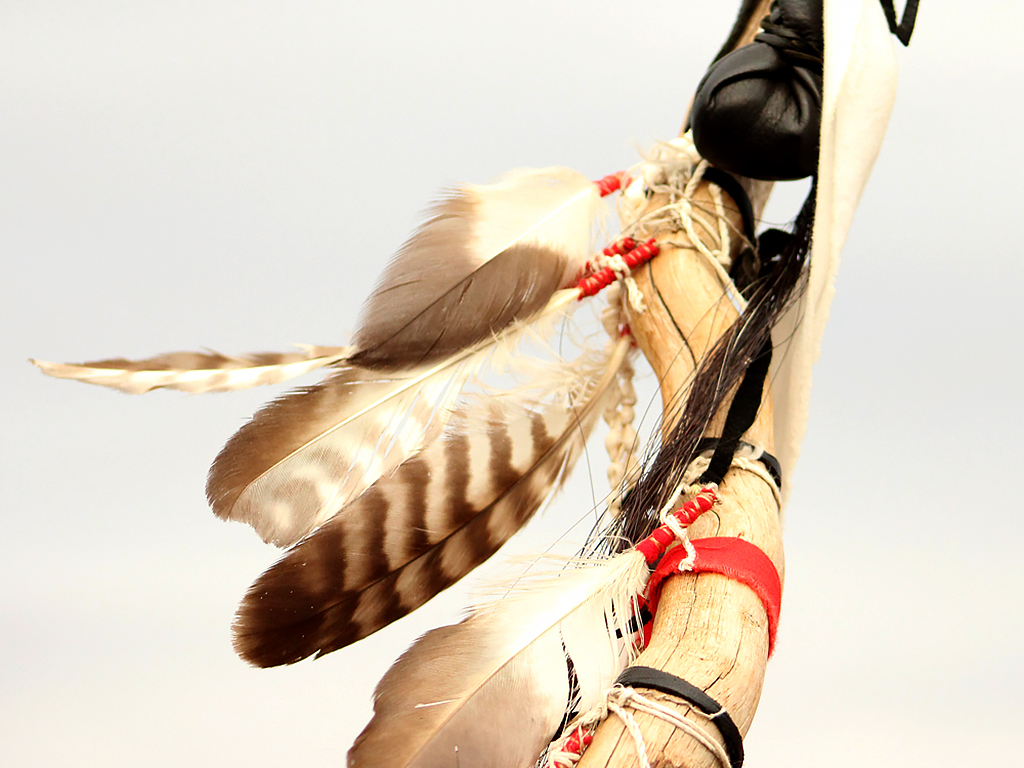 Today I made my first visit to the Sacred Stone Camps, the now-famous water protector settlement in Standing Rock, North Dakota. I arrived at Standing Rock casino well past midnight and arose early the next day to get to camp. In the casino restaurant, I met two elders, a man and a woman, who had just been released from jail after being arrested two days ago. I bought them both breakfast and listened to their story…

She had a “#1” on her arm. This was how law enforcement marked the people arrested. Seeing the number on her arm made me think of the Jews during the Holocaust. She told us that about 80 women had been kept in dog kennels and were made to sit on the concrete floor for hours. There were young girls in the cages, and the guards were hanging off the sides of the cages, harassing them. At one point, all three of the girls were removed from the cages. She said no one knew where they had been taken.

Even though the Red Owl Legal Cooperative arrived in Bismarck with cash to secure their release, officials refused to set bail, waiting until too late in the day for the detainees to go before the judge. The couple was then separated, and she was taken to Devil’s Lake jail, a four-hour drive to the north. She did not know where he was taken. The legal collective drove to Devil’s Lake, and still they would not release the prisoners.

He related how they destroyed the teepees and sacred objects at the front line camp. Many people lost everything. Luckily the couple had loaded most of their stuff into their truck, drove it to a safe place, and gave someone their keys. Many others lost their cars that have been impounded as “evidence.” People have no idea where they are or if and when they can get them back.

They told us about the young man and the elder who had been ripped out of their sweat lodge where they were holding ceremony, thrown to the ground, handcuffed, and not allowed to dress. Video footage from the front lines confirmed that. They apparently were made to sit in the cell with only their shorts. 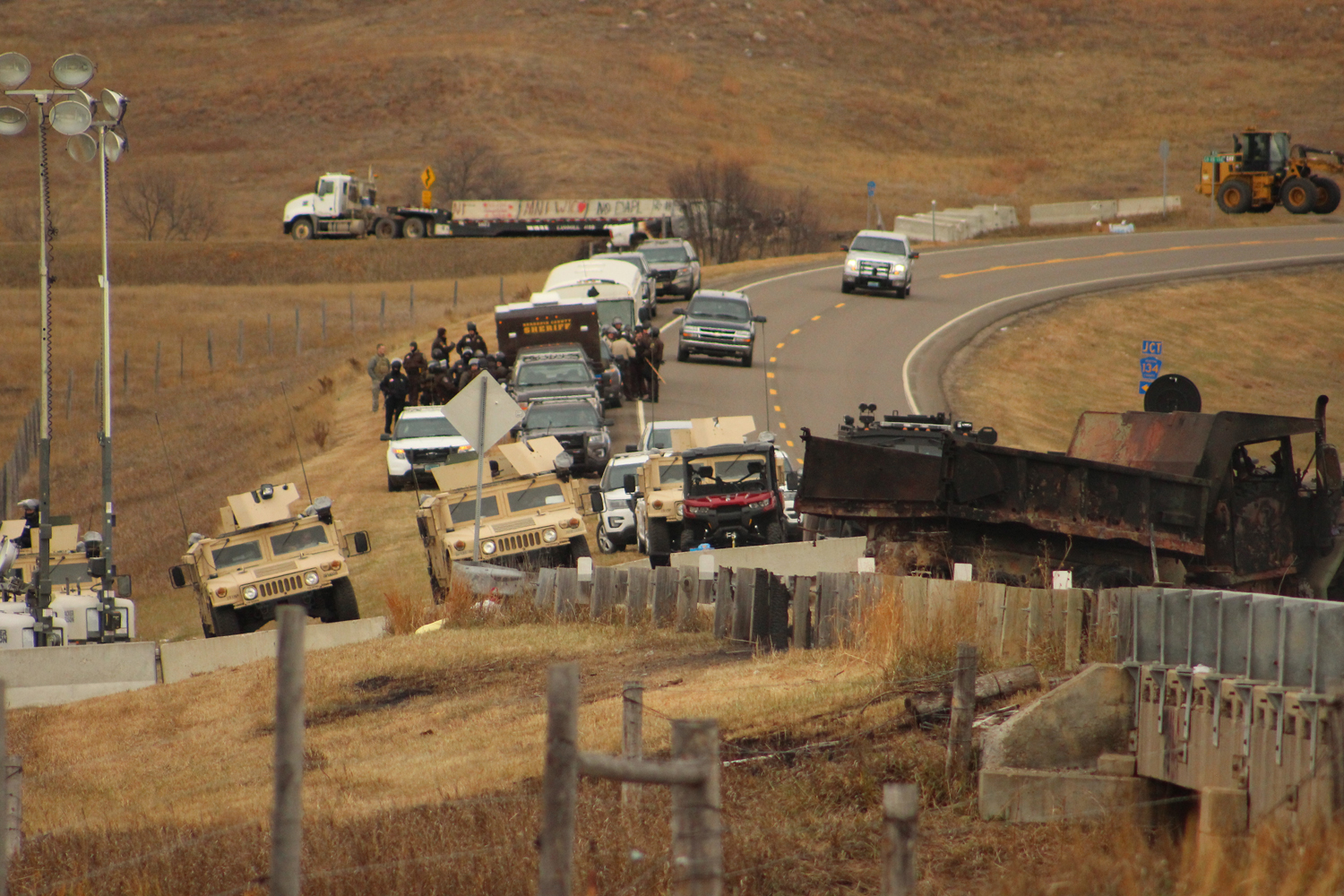 The couple said that they were some of the last to be arrested, as they were sitting in their prayer circle. The militia had surrounded them, but was waiting until everyone was gone, thinking they could make their arrests with no risk of getting caught on camera. She said after everyone had been pushed back, the officers ripped an elder out of the circle and beat him, and then ripped a young woman out as well and threw her to the ground before they were all arrested.

Even though there was a no-fly zone put in place to prevent drones from filming, the camp journalists flew them anyway and then anonymously contributed their footage. Sure enough, everything she told me is on the drone footage.

At one point in the struggle, two different herds of buffalo came thundering over the hills, much to the joy of the water protectors. She told me that the buffalo were running in front of several young people on their horses, who were driving the herds towards the front line. When DAPL saw what was happening, they chased the young people, firing their rifles at them. One of the horses was struck in the leg with a bullet. When they missed the young woman rider, a DAPL security guard overcame her and rammed his ATV into the back of her horse. She and her mount went flying, breaking both of the legs of the horse. Later, sadly, the horse had to be put down. It was a miracle that none of those young people were shot or killed. 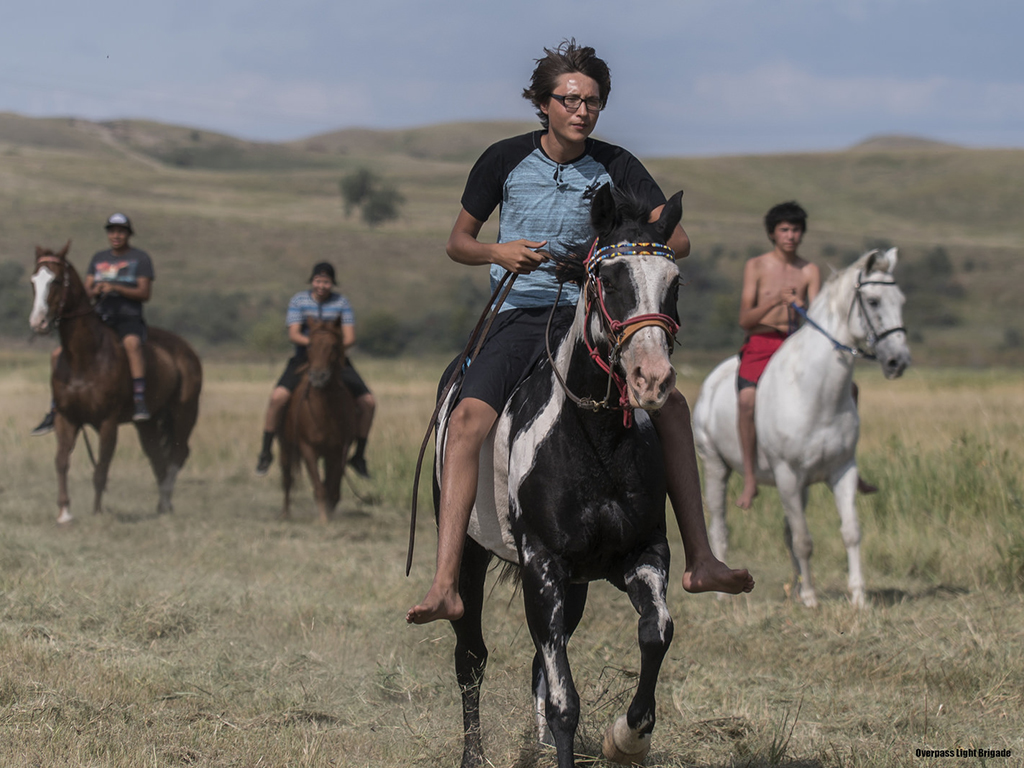 As of this morning, they still have not accounted for 101 arrestees from yesterday. The chairman of their tribe was also arrested, along with archeologists, lawyers, and many other water protectors whose only goal is to make sure there is clean water for everyone.

The presence of these two water warriors was stunning. As I sat there crying, they, on the other hand, were filled with a light, talking about how inspiring it was that their chairman was also arrested. And they recounted their happy moment when they found each other again. He was released first, went and found his truck, and laid down in the back to wait for her. When she arrived, they grabbed each other and thanked the creator for their good fortune to be together again.

He described what is happening at Sacred Stone Camp simply: “It’s like being the one always being bullied on the playground, and then, people suddenly start standing up for you. It feels so good!”

Today was a relatively quiet day on the front lines. DAPL and Morton County sheriff have blocked off the road while DAPL continues to tear up their sacred sites, desecrate their ancestors graves, and move closer to the Missouri River. 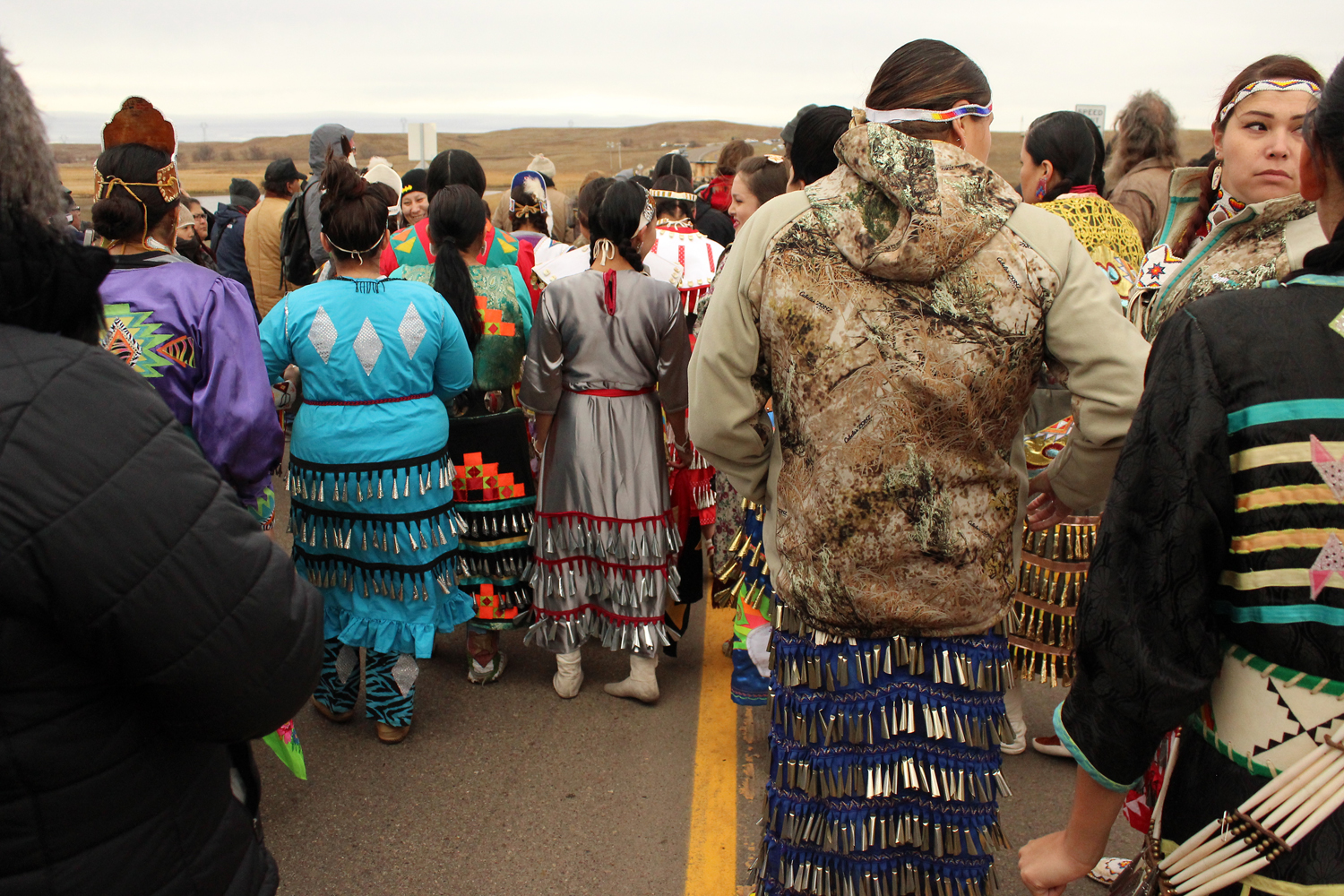 We walked to the front line in prayer, with the drum and songs. A group of jingle dancers did a round dance, and we prayed some more. At one point, Chief Arvol Looking Horse, who was leading the prayers, walked over to the security forces and had a talk, but nothing changed: the barricades remained, US law enforcement continued to protect a multinational corporation with a record of leaking pipelines, and a band of water protectors continued to pray and remain peaceful and vigilant.

If you haven’t gone to Standing Rock, get there. Not only are you needed as a water protector, but you will be forever changed by the power of these amazing people. Peaceful prayer as a protection is the most powerful force there is.

If this pipeline goes through, we will all be called upon to stand up and protect our water. Why not do it now, before it’s too late?

No matter what the outcome of this epic stand, the Standing Rock Sioux have already won. Love trumps hate, prayer beats weapons, and nonviolence will be their legacy. They are on the right side of history, and I am betting even those men in the militarized militia cannot drink oil. 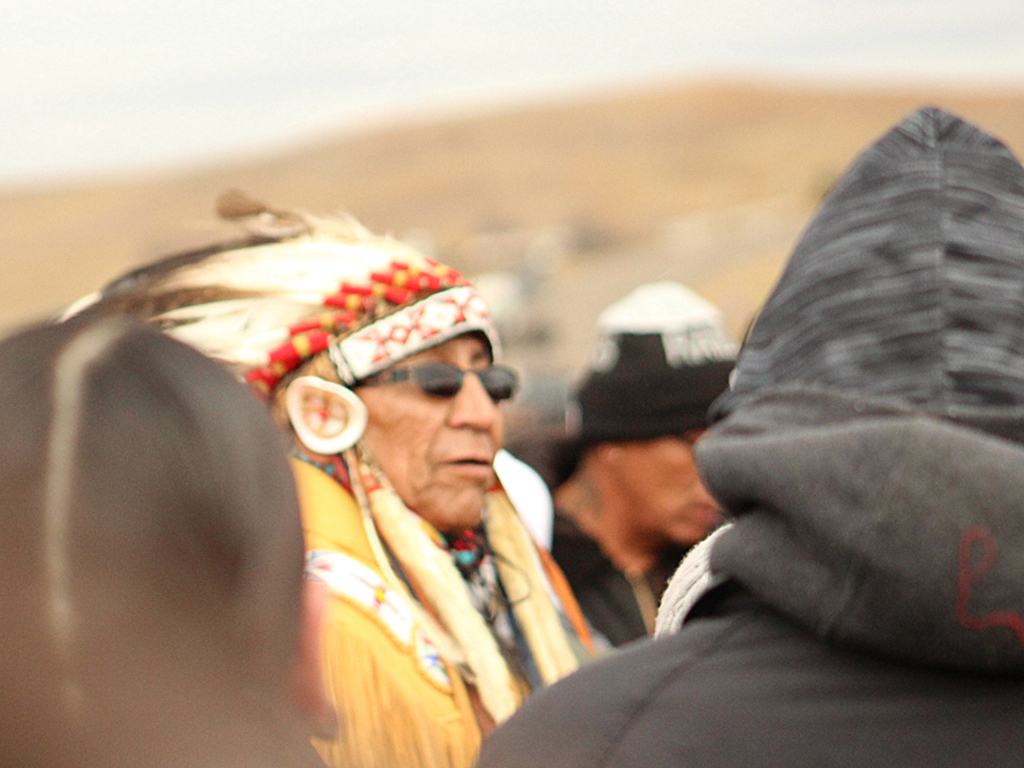