It is Thursday, November 9, 2017 in Janesville, WI, and it is very cold outside. Buses holding over one hundred students from the advocacy group, Youth Empowered in the Struggle (YES) arrive in quick succession at Jefferson Park, just a few short blocks away from Representative Paul Ryan’s (R-WI) home. The students gather, talk among themselves, move to keep warm, grab banners and signs. A group of twelve also hold OLB letters spelling out “DREAM ACT NOW!” The staging is done quickly in order to avoid notice from local law enforcement, since no permits have been pulled. The group masses, makes its way towards Ryan’s house, chanting “Here to Stay!” and “Ryan! Escuche! Estamos en la Luche!” The students are here to stay, and are engaged in the struggle to be treated fairly and humanely. 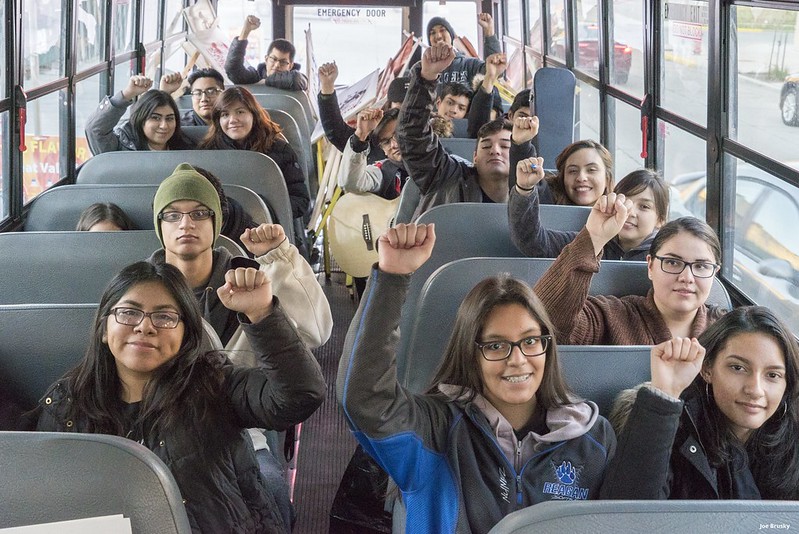 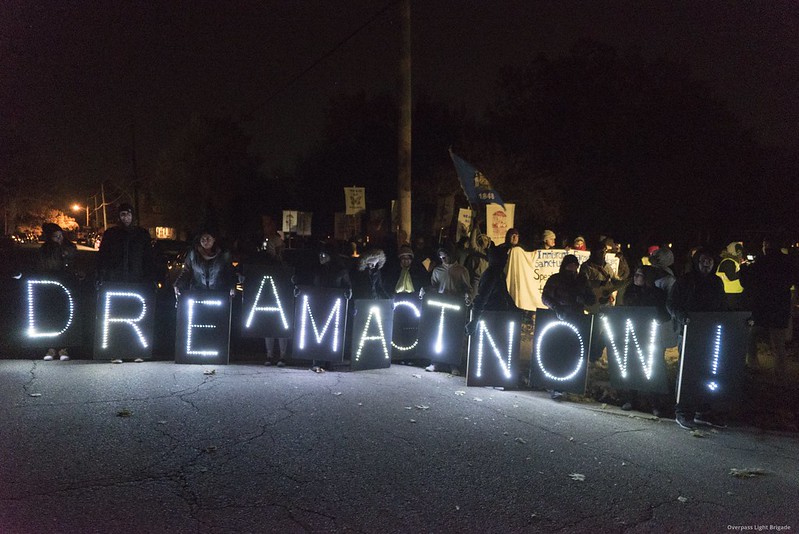 “Where’s our sanctuary, Rep. Ryan?” That is the question these young people, who have come from around the state to arrive unannounced on this cold night, are asking. They have exhausted every effort to meet with Rep. Ryan, and he has consistently dodged every attempt. They want him to cosponsor a Clean Dream Act that would provide protections for students, similar to many of them, who are registered under the Deferred Action on Childhood Arrival program, or “DACA.” President Trump has thrown the program’s future in limbo, and students are petitioning Ryan to use his influential position as Speaker of the House to pass new legislation that protects previous promises. Public opinion rests firmly with the students, as highlighted by a September Washington Post Poll that found 86 percent of respondents in favor of allowing Dreamers the focus of their dreams: to stay in the country which has been the only home they know. But why isn’t Paul Ryan listening? If he doesn’t respect their need for sanctuary, perhaps they should disrupt his, even for a short time! 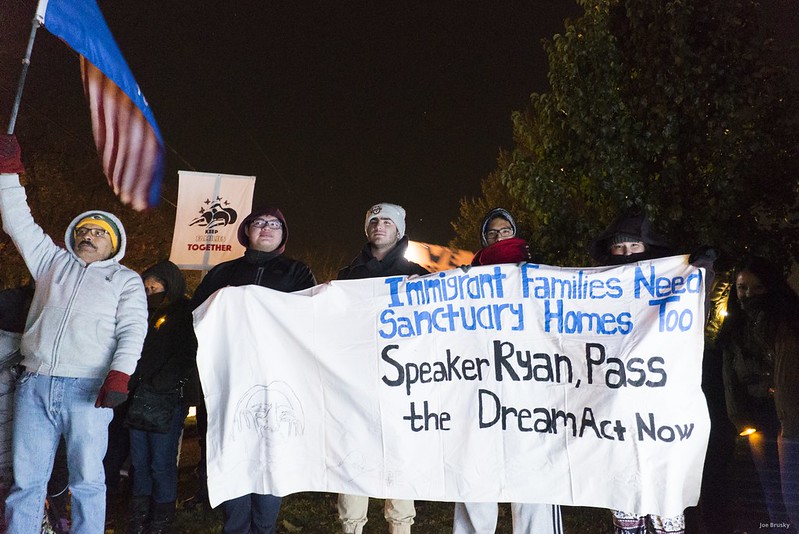 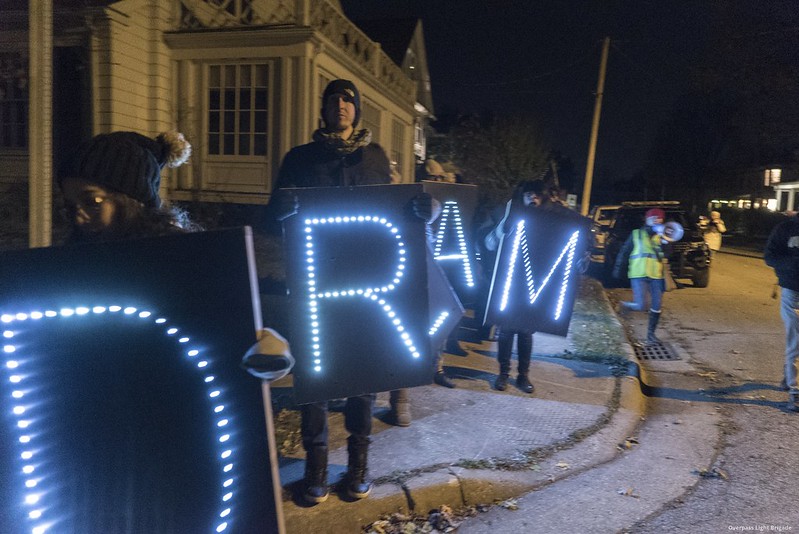 Four Secret Service agents are parked outside the house. The light panels spelling “DREAM ACT NOW!” are planted in front, and the students gather to rally. A bullhorn is passed around, and several speakers begin to give testimony about the uncertainty, insecurity and brutality of the current situation, how losing DACA status would have such a detrimental effect on them and their families. A 15 year old Racine Park High School Student, Wendy Cruz, takes the bullhorn. She spoke of a meeting that she had with Representation Ryan five years ago in DC, after the trauma of watching her uncle get arrested and deported. She saw it firsthand. She was hiding with her brother in the closet. At the time of the DC meeting, Ryan seemed to be visibly moved by her personal story. According to Wendy, he made a promise to her and her family that he would “support the Dream Act.” That was five years ago. The promise has been broken, and Wendy and these young YES activists are bringing their struggle directly to Ryan’s doorstep. 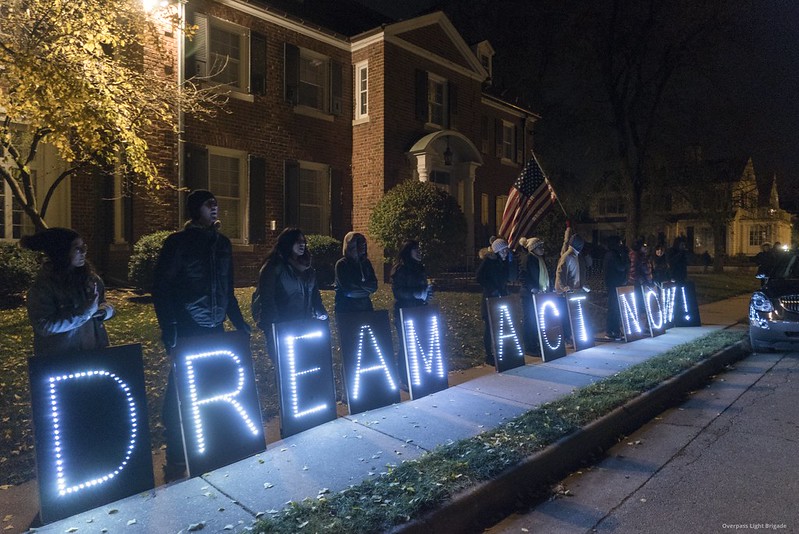 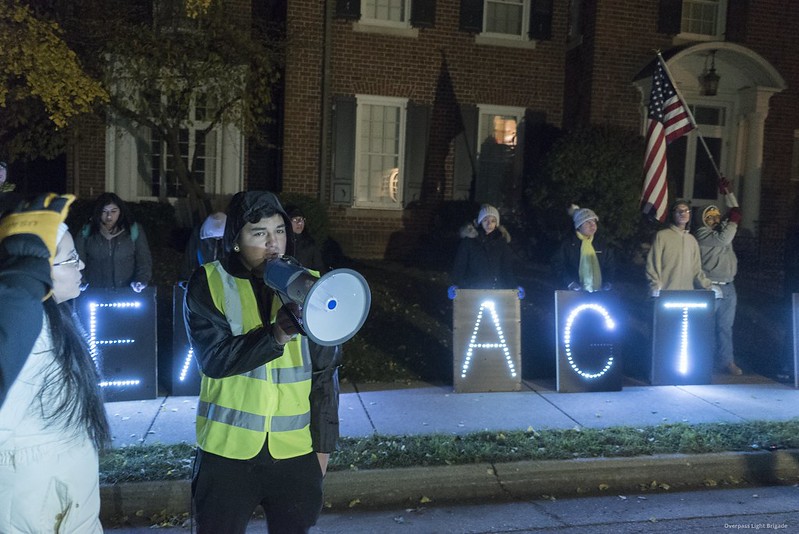 Can you hear us now, Paul Ryan? 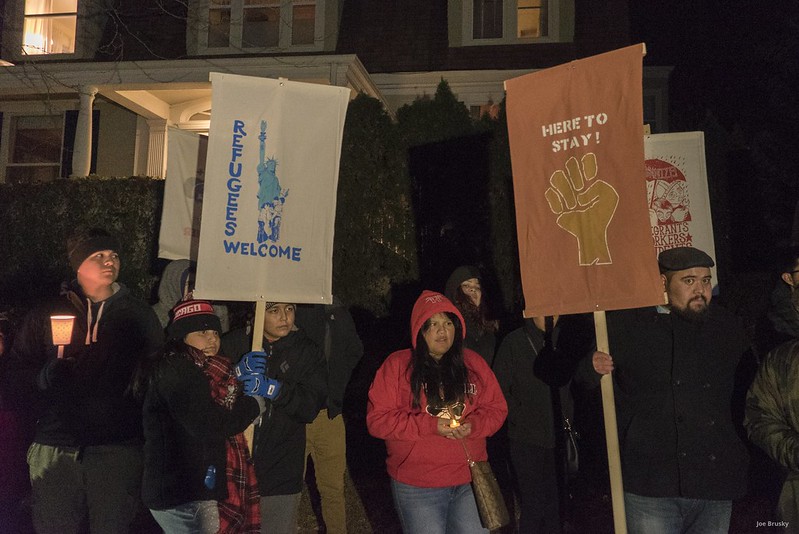 “Ryan! Escuche! Estamos in la Luche!” echoes through the Janesville streets, through the cold Wisconsin night, a darkness lit by DIY signs and the dreams of the Dreamers, hoping for the promise of a secure place in the heart of their only home.