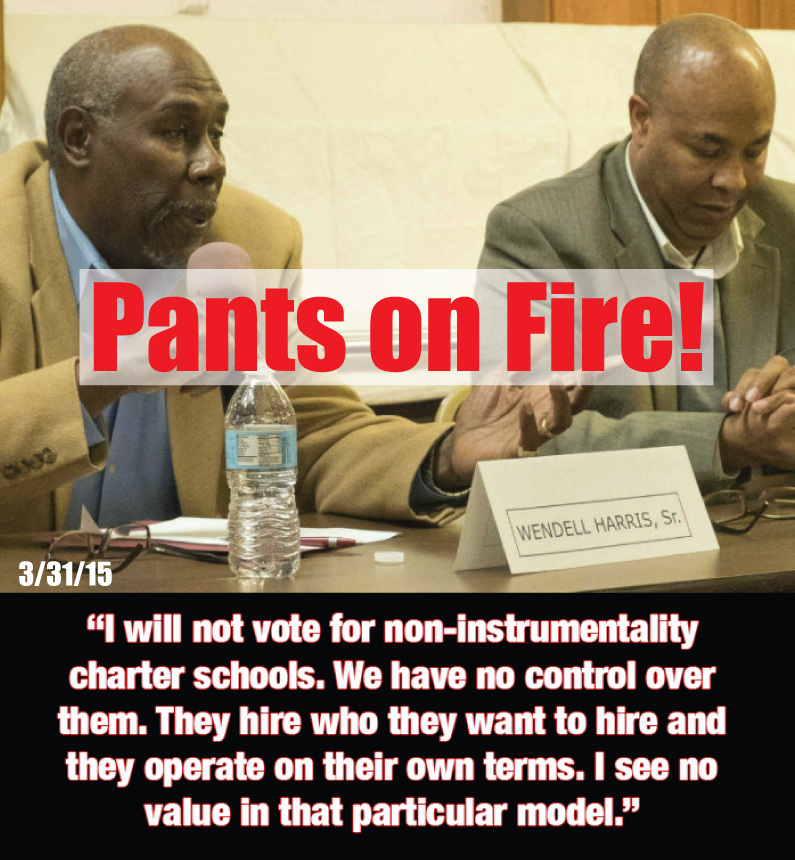 Just one week ago, Wendell Harris was the only director on the school board’s Committee on Student Achievement and School Innovation to vote NO on a proposed co-location of the traditional public school Pulaski High School with the privately run charter school Carmen. This wasn’t a surprise given Wendell Harris ran on a platform that he would put an end to the proliferation of public dollars going to privately-run charter schools. However, Thursday night, Mr. Harris not only decided to vote in favor of the controversial Pulaski H.S. proposal, but he vociferously argued in favor of the idea to create two very separate and very unequal campuses on the Milwaukee high school campus. Other cities like New York have seen the devastating consequences of similar actions. 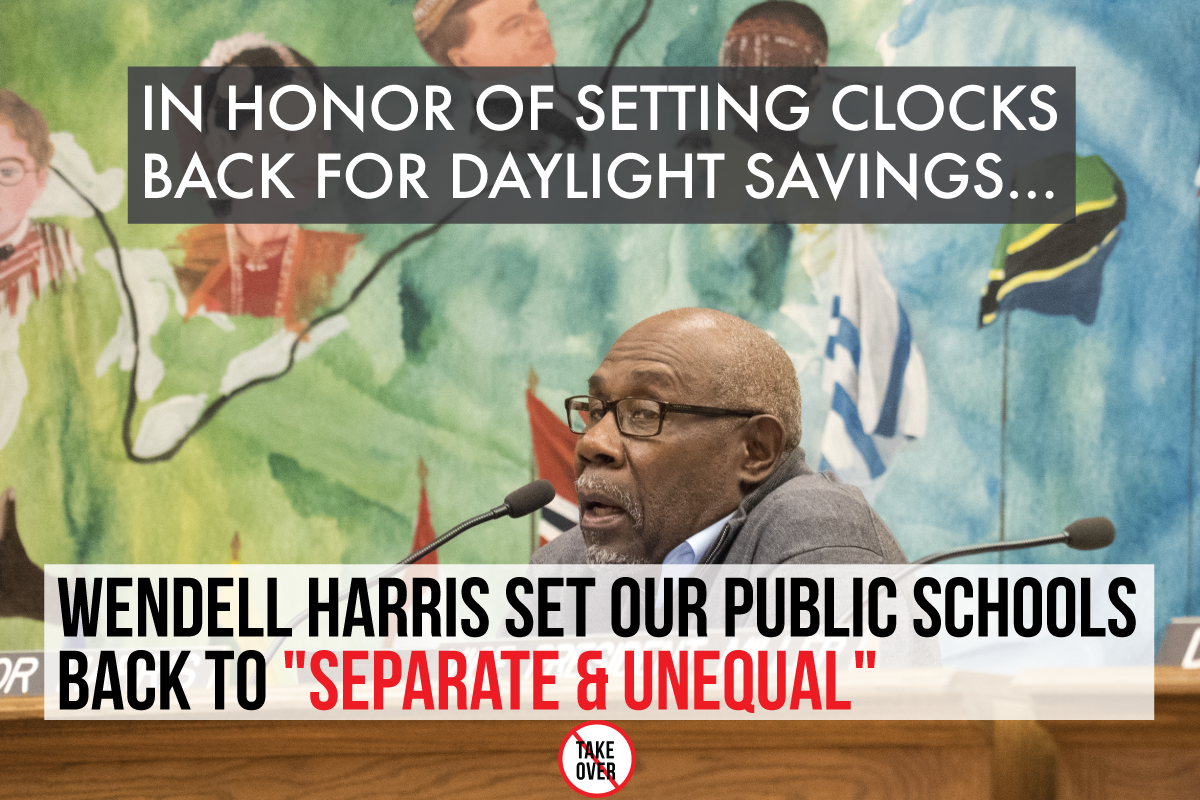 Another confounding factor in the Harris flip-flop is that Harris is a former president of the Milwaukee NAACP branch Unit 3254, and the branch has officially taken a position against the very same proposal saying:

“Segregation is becoming a real concern in Milwaukee schools today and being wrapped in the umbrella of “collaboration.” Don’t let the wordplay of school privatization supporters mislead you into believing these are the better options for our children!”

What causes a man to make such a drastic reversal within one week?

Either Wendell drank the Carmen kool-aid or took the Carmen cash. When explaining his flip-flop, Harris said he accepted an invite to visit Carmen’s current south side co-location campus and was impressed with how well behaved the students were. He must have had amnesia, perhaps temporarily forgetting the fact that Carmen can and does expel students at will, and lists the following behaviors as major violations:

A traditional public school educates ALL children. A traditional public school cannot and would not expel students the way privately run charters do. Once Carmen expels a student, we know where they will end up – back at Pulaski on the other side of the building, looking through the windows at the nice resources they once had. That’s a recipe for disaster and hardly the “partnership” that MPS administrators who support such inequities like to parrot.

Did Wendell ever step into  ALBA School, which is currently co-located  with Carmen South on the other side of the building? Had he done so he would have seen an equally successful public school doing remarkable things without the ability to selectively kick out unruly or underperforming students. Had his eyes and heart been open, he would have remembered his staunch opposition of the previous week to the selling out of our public schools. Instead, he didn’t even bother to visit or talk to the Pulaski High School students whose educations and opportunities he voted to diminish.

This leads to one big question. Why did Mr. Harris’ heart change so radically within one week? What catalyzed such a profound betrayal of the public trust? To whom is he selling out Milwaukee’s students?

All of these questions lead to one big question. Who is Wendell selling Milwaukee students out to?