It is hard to get everyone lined up correctly so that the letters spell the words BAN THE OIL BOMB TRAINS in front of the tracks in Wauwatosa, WI, where dozens of trains carrying hundreds of oil tankers thunder pass throughout the week. It is harder than it looks. People turn to talk with each other, the letter spacing drifts, and the message gets harder to read for the hundreds of cars driving by in the slow downtown rush hour. But the issue is an important one. A stone’s throw from the tracks is an assisted living community for the elderly. There are condos a few hundred feet away, and the trains roll right through the middle of the small village of “Tosa”, this quaint suburb of greater Milwaukee. 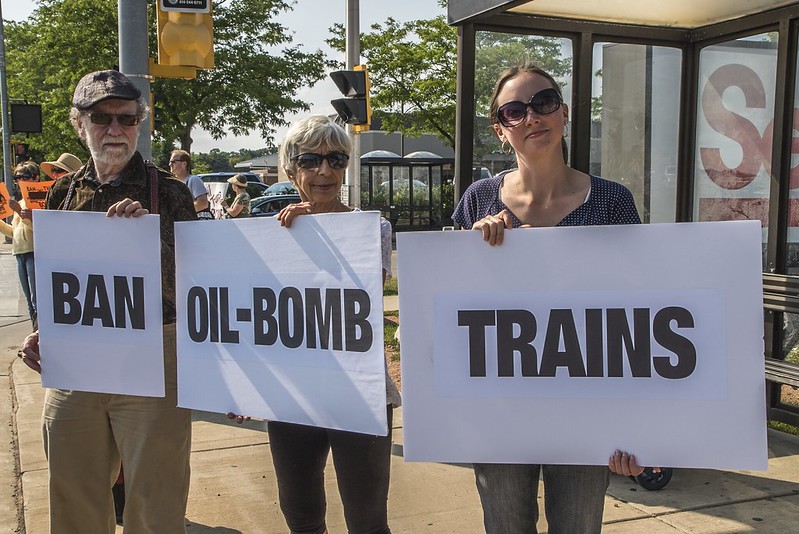 If an oil train explodes or derails, what happens to us? Is this merely a delusional paranoia, as some of the drivers in their massive pickup trucks suggest with less than articulate gestures? The recent accidents suggest that the public has a right to be worried over safety and security of their communities. The issue is about safety, first and foremost, though it also is worth questioning our very limited range of options for the nation’s endless addiction to fossil fuels. Specifically, we either have to tolerate trains with inadequate safety features that might explode in our towns, or pipelines with inadequate engineering that might rupture to ruin our water. 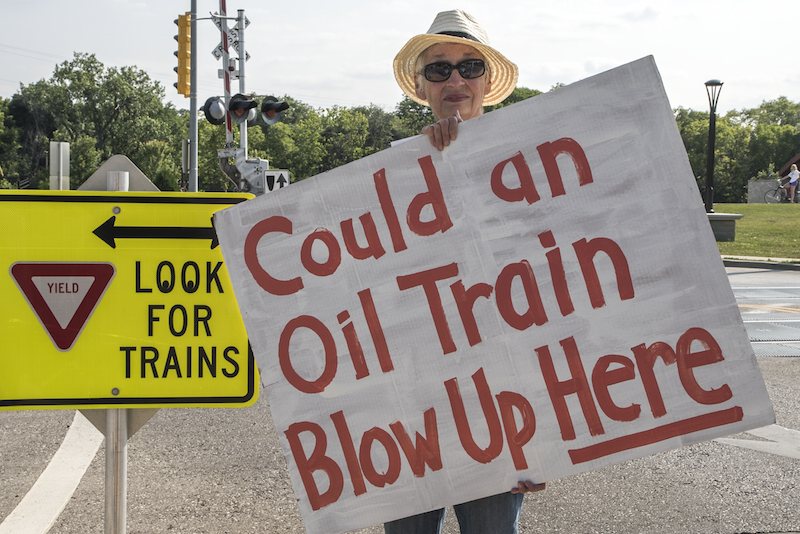 This “Daylight Brigade” action was coordinated by various grassroots groups consisting of people who are concerned about the lack of choices, the inadequate regulatory powers regarding safety, and the real and credible danger of explosion.

Do you live in a blast zone? You can check it out here.