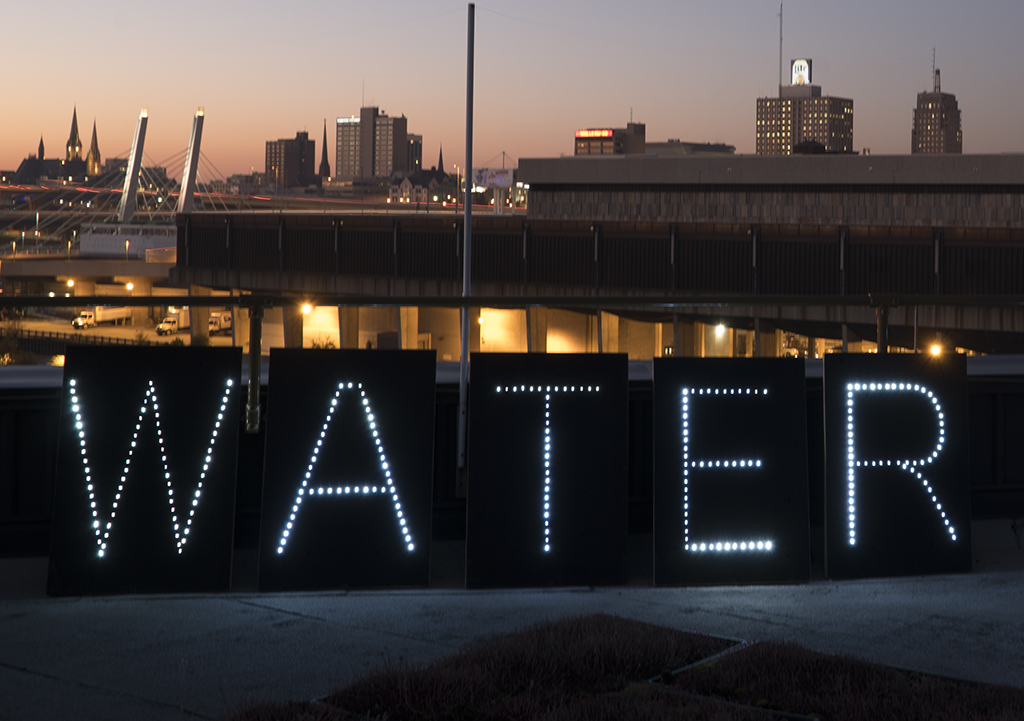 As the national spotlight remains on Flint, Michigan, Republicans in another Midwestern state – Wisconsin – are quietly easing restrictions on the private purchase of municipal water systems. This attempt to privatize water and sewer utilities is just the latest in a long line of policies put forward by Wisconsin Republicans to weaken governmental power and oversight within the state. And, yet again, these monumental changes to the status quo have been pushed forward with next to no public discussion.

Assembly Bill (AB) 554 was introduced on December 1, 2015 and passed by the Assembly on a voice vote on January 12, 2015. The bill, which is meant to address – in the words of the bill itself – “out-of-state sewer and water affiliates of public utility holding companies and the sale or lease of municipal water or sewer public utilities to investor-owned public utilities,” is now awaiting passage by the full Wisconsin Senate.

What is perhaps most remarkable about AB 554 is the fact that the proposal’s lead author, Rep. Tyler August (R-Lake Geneva, Wisconsin) has done little to hide the fact that the legislation was drafted in collaboration with Aqua America, a for-profit water company based in Bryn Mawr, Pennsylvania that owns and operates close to 1,500 water systems in thirteen states. Aqua America had a net income of $233.2 million on operating revenue of $779.9 million in 2014 alone. Representatives from the company have appeared at hearings for the bill and have met with representatives from the Wisconsin Public Service Commission, the state’s utility regulator.

While the proposed legislation has gotten very little press coverage at the national, or even state and local, level (the Milwaukee Journal-Sentinel, for example, didn’t turn its full attention to the issue until late January 2016), environmental organizations such as the Wisconsin League of Conservation Voters, Clean Wisconsin, and Milwaukee Riverkeeper have begun to raise concern that such changes will lead to consumers paying higher prices for water while receiving declining levels of service.

Aqua America’s recent history suggests that such concerns are well founded. Known as Philadelphia Suburban Water Co. for much of its 130-year existence, the company changed its name to Aqua America in 2004 to announce its national intentions. Not surprisingly, it then began an aggressive strategy of acquiring small water systems across the nation. By 2008 Aqua America was the second largest publicly traded U.S.-based water company, serving over 3 million people nationwide.

What do these Aqua America customers think of the company? In January 2013, customers of Aqua North Carolina – a state subsidiary of Aqua America – began complaining of water bills as high as $423 a month and water that stained bathtubs brown. Between 2005 and 2013 state records showed that there had been at least 170 instances in which Aqua North Carolina did not comply with state or federal laws regarding contamination levels, monitoring and public notification of violations in the Raleigh region alone. A Facebook group named “Residents Against Aqua America” remains a tangible reminder of the company’s track record in the state.

In Montgomery, Texas, Aqua Texas customers have also drawn attention to skyrocketing water rates. Here, one customer noted that he paid a base fee of $76 a month – without using a single drop of water. Once he turned on the spigot, the rate was approximately $2.50 per 1000 gallons. And the water that such consumers are getting is, as in North Carolina, anything but pure. In 2010, Aqua Texas revealed that a well supplying drinking water for the town of Comfort contained a high amount of radium – and that the company should not have put the well back into use two years earlier.

Sadly, these incidences are indicative of Aqua America’s practices across the country. Over a six-year period (2001-2007), Aqua Pennsylvania hiked household water bills more than 60 percent within their home state, adding $228 to the average annual residential bill. In 2007, Aqua Utilities Florida put forward a $7.3 million rate increase that doubled water and sewer rates for over 100,000 customers. In December 2014, Fort Wayne, Indiana actually bought back its water system from Aqua America, after residents repeatedly complained of yellow water pouring from kitchen and bathroom faucets. The company has also begun supplying water to fracking ventures over the past five years.

Not surprisingly, advocates for water privatization in Wisconsin are not mentioning this troubled history. At the same time, Rep. August shoots down the suggestion that such legislation could produce another Flint. Commenting on the unfolding crisis in Michigan, August has remarked that “It was a bunch of government folks who kind of stuck it to the people.” Yet that is exactly what is threatening to unfold in Wisconsin, as “government folks” are calling for a move away from transparent public utilities to private systems guided solely by profit.

Yet what really makes Wisconsin the next potential Flint is that such moves toward privatization are coming on the heels of a systematic gutting of the state’s environmental protection standards. Since taking office in 2011, Governor Scott Walker has eased restrictions on laws governing iron mining and building on wetlands. His administration has also rolled back restrictions on phosphorus pollution in waterways, leading to a 2011 Environmental Protection Agency (EPA) finding that there were 75 deficiencies in Wisconsin’s administration of the federal water pollution permit program. As of late January 2016, the state still needs to resolve 24 of those outstanding issues. With such a track record in mind, one can only imagine the damage that less regulation will bring to the water systems of Wisconsin.

Michael H. Carriere is an associate professor at the Milwaukee School of Engineering, where he teaches courses on American history, political science, public policy, and environmental studies.