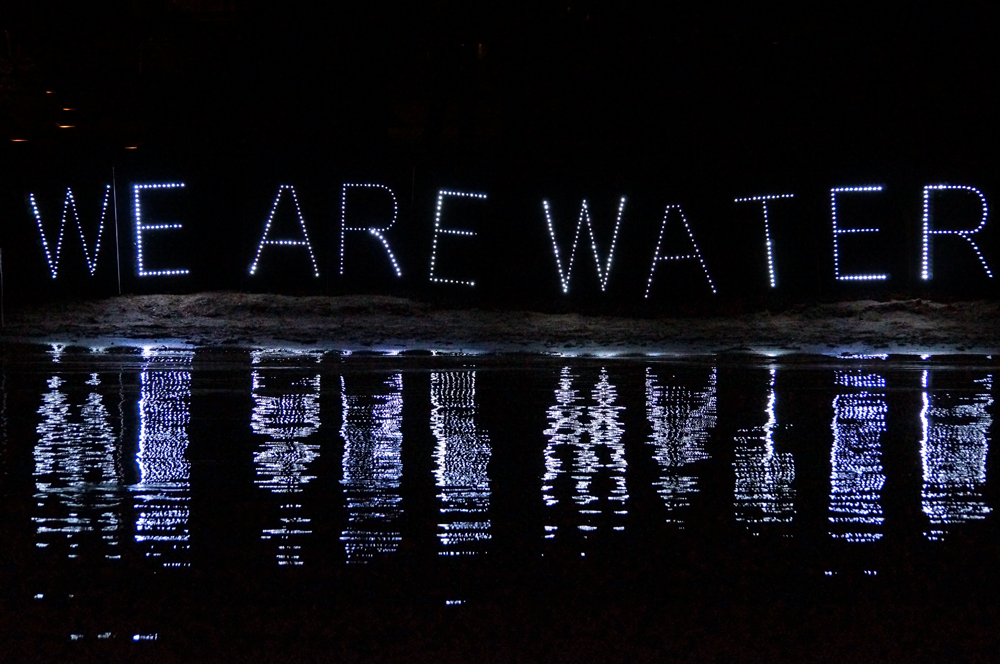 Food and Water Watch has just published a report: The State of Public Water in the United States. It is an excellent read, filled with history of public water utilities and useful data about the cost of water across the country, from both public and private, for-profit providers. It’s also long, so here are some useful talking points gleaned from the 15-page report: 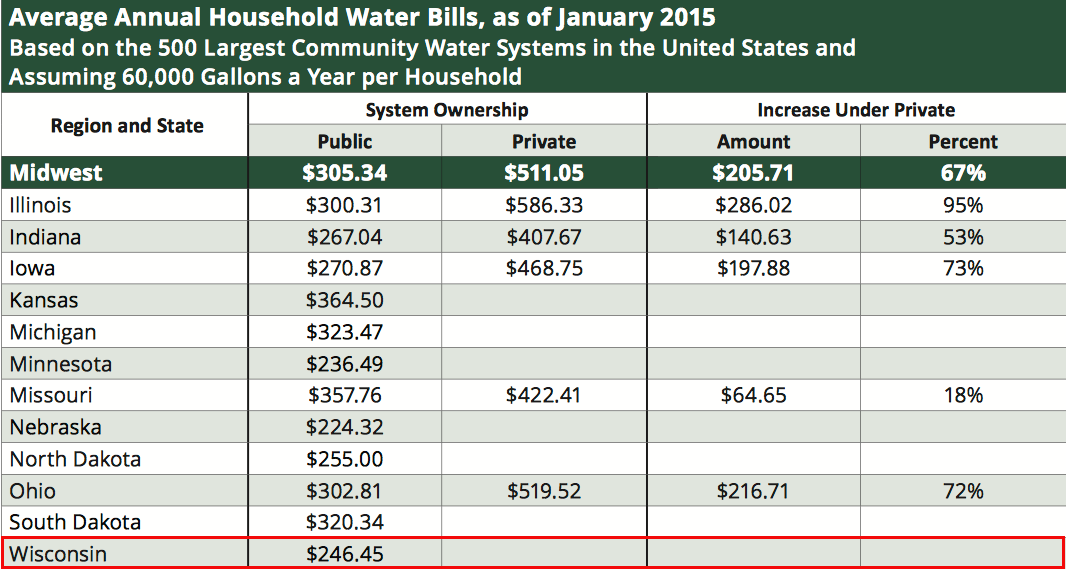 Average household water bills from 2015 (Midwest) from Food and Water Watch. Wisconsin is amongst the least expensive.

In 2015, Wisconsin’s citizens’ average annual water bill was amongst the lowest in the region, and water utilities in the state are publicly owned. In our neighboring states of Illinois and Iowa – where some water utilities have been privatized – the rates for private water companies are vastly more expensive compared to their public counterparts. In Illinois, the increase in cost between public and private is a whopping 95%!

Aqua America: the eighth most expensive water provider, from Food and Water Watch

Enter Aqua America: the eighth most expensive water provider. This is the company that has lobbied for the current Water Privatization Bill (SB432 and AB554) before the Wisconsin State Senate. It’s pretty easy to see why they are interested in Wisconsin. Our water utilities are public and the bills are low. There is a lot of profit to be had, and the citizens will be paying for it.

Keep up the pressure on your legislators! The Water Privatization Bill has been removed from the current session, but could easily reappear this spring. Be sure to share this Food and Water Watch information with your State Senator, and your friends and family.

Stay informed on the issues! Food and Water Watch has some excellent reports on the issues of water privatization.
From 2013: Borrowing Trouble: Water Privatization Is a False Solution for Municipal Budget Shortfalls
From 2014: Aqua America: A Corporate Profile