This is how the legislative process now works in Wisconsin. A company called Aqua America registers as a lobbyist, hires former Republican legislator and Assembly Majority Leader Steven Foti as a lobbyist, and he works to get a new law passed that will bring business for Aqua. The company has had success nationally selling its services to take over local water utilities.

When we ask ourselves “which municipality in Wisconsin asked for legislation to ease the pathway to privatization?” through AB554/SB432, it seems the answer is “none.” Rather, the legislation was cooked up between the out-of-state for-profit corporation Aqua America and our state’s elected officials. Bruce Murphy’s article goes on to discuss the dubious “savings” brought about by private, for-profit water companies and the downsides to selling (or leasing) water utilities to these companies, but it is interesting to look specifically at Aqua America, the company who lobbied for this particular legislation.

In 2011, citizens in North Carolina started a Facebook Community Residents Against Aqua America. While its last post was in 2013, its members have been working to fight rate increases in 2011 and 2013. This is just a small expression of the frustration those people feel at the hands of Aqua America.

Indy Week published a three-part series of articles about Aqua America in North Carolina: “Durham tries to prevent Aqua NC from reselling city water to 751 South”, “Why Aqua NC customers are furious about their service” and “Aqua North Carolina found a legal way to raise its rates — at customers’ expense”.

While these rate increase fights were going on in North Carolina, Aqua America was posting increased earnings, and quarterly cash dividend increased 7.9 percent.

Aqua America focuses on buying water systems and hiking water prices… After taking over and building out its systems, the company seeks to increase water rates. The ability to hike consumer bills is the key to its earnings. On top of regular rate increases, the company pursues state approval to implement distribution system improvement charges to increase revenue and speed up returns.

As outlined in this Food and Water Watch document, Aqua America (Aqua Utilities) was forced out of Florida in 2012, and finally left the state in 2013. Here is what a bad “bargain” Aqua America is for the consumer:

Online “complaint” blogs, such as pissed consumer and complaints board are filled with consumer dissatisfaction. Do the citizens of Wisconsin want their water company’s billing and customer service on the level of Comcast?

When considering whether a private, for-profit corporation is the best choice for Wisconsin’s water utilities, keep in mind the words of Aqua America’s former Chairman, President and CEO, Nicholas DeBenedictis, who stepped down in 2015:

Try to remember that the shareholder is the boss. If you are doing something that isn’t going to benefit the shareholders on a year-to-year basis, you shouldn’t do it just to get bigger. You really have to come to the bottom line.

Water safety, affordability and consumer satisfaction are not part of the bottom line. 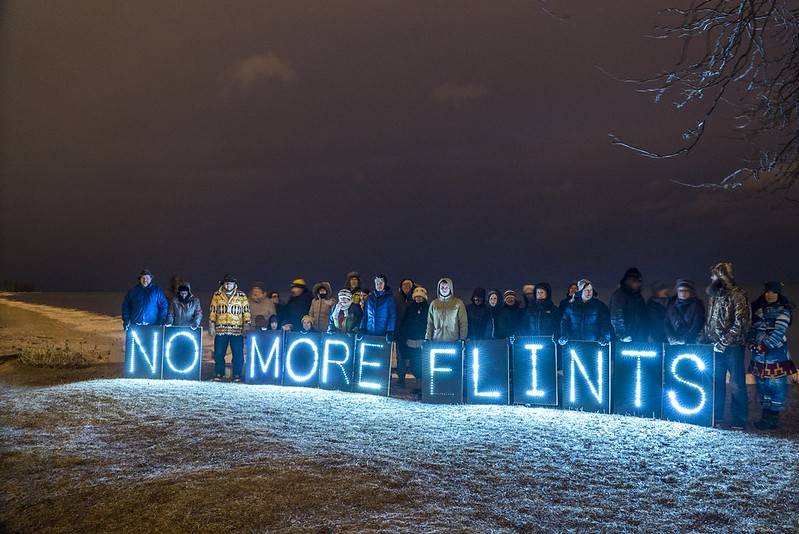